Apostle John H. Bibbens is a native of Westmoreland County Va. Realizing the calling of God upon his life, he entered the Gospel Ministry in 1981 and was licensed to preach in 1982 by the Zion Baptist Church in Kinsale, Virginia. In 1983 he was called to Pastor the Beulah Baptist Church in Lively, Virginia. There he served for 13 years. During his Pastorate at Beulah he matriculated at the Richmond Virginia Seminary and received a BTh Degree. One year later he received a BA in Religious Studies.

In 1996 he was called to Pastor the Zion Baptist Church in Lottsburg, Virginia. During this time he returned to the Richmond Virginia Seminary in pursuit of a Masters of Divinity. As time progressed, it became quite obvious that God was doing a mighty work in his life. As he desired more of Christ, the power of the Holy Spirit was manifesting Himself through His vessel John Bibbens. In 2007 he was called by God into the Apostolic. Apostle Bibbens led a traditional African American Baptist Church with a 140 year history into an Apostolic Five Fold Ministry House of God with a multi-cultural population. As God was lifted at Zion, people began to come from all over the Northern Neck, Middle Peninsula and from neighboring states to experience the signs and wonders that were being manifested by God through the hands of Apostle Bibbens. Testimonies of healings, financial breakthroughs and other miraculous acts are numerous and continue to be ongoing.

Apostle Bibbens currently remains the Pastor of now Zion Church at Lottsburg where he has spearheaded and completed several building projects to include a Fellowship facility and an Educational Wing. He has led Zion in the purchasing of several vehicles of transportation, multiple musical instruments to include a Hammond C3 organ with a Leslie speaker, as well as 45 acres of land. The sanctuary has been refurbished to include flags from other nations and a XGA-LCD Multi-media projection system with a 60x80 mounted screen. For the first time in the history of the church an open invitation is being extended to everyone with a billboard advertisement on one of the main corridors in the Northern Neck, US Highway 360 West. With all these wonderful accomplishment and purchases, Apostle Bibbens proclaims TO GOD BE THE GLORY, the church is debt free!

He initiated the addition of 5:30 A.M. prayer every Wednesday morning. For 5 years now worshipers have had the choice of attending 8:00 A.M. worship and or 11:00 A.M. worship every Sunday Morning. He is also Co-Founder of the Higher Purpose Conference of the Northern Neck. This coalition of Apostolic Ministries has brought to the Northern Neck world known preachers such as Bishop Michael Pitts and Pastor Sheryl Brady. Being motivated by the unction of the Holy Spirit, he has moved Zion to higher heights of praise and adoration unto God. Zion under the leadership of Apostle Bibbens now employs a diverse well equipped operational staff to include a full time Pastor. Many sons and daughters of the Word have been and continue to be birthed under his awesome leadership. He spiritually fathers numerous Pastors in Virginia and Maryland with a wide array of disciples assisting him as he shows forth love for sinner and leads them to Christ.

In June of 2012, Apostle Bibbens saw a need for the expansion of Kingdom work not only in the rural area but in urban areas as well. Thus the birth of Zion Church at Fredericksburg, in Fredericksburg, Va. This Apostolic House is a thriving, worship filled place of “Unconditional Love and Acceptance”. Services here began on Sundays at 5pm. This allowed Apostle to fill the pulpit at both locations. ZCF quickly out grew the one service and has now become a fully operations Apostolic Worship Center with two services each Sunday. Apostle Bibbens is grateful to God for the vision and manifestation of “One Church – Two Locations”.

Apostle Bibbens is married to the former Adraine M. Jones, who holds the Apostolic office of Prophetess of Zion. Together they have great expectations of the marvelous works God has in store through their ministry of Kingdom Building. No doubt Apostle John H. Bibbens has relinquished his own will and answered unto the Lord, “Thy Will Be Done on Earth as It Is in Heaven”. 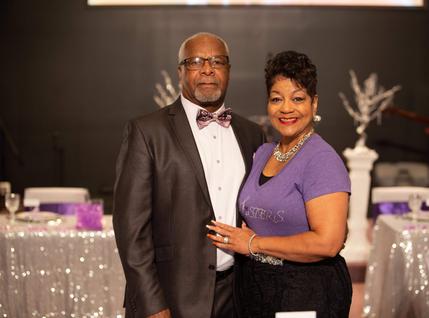